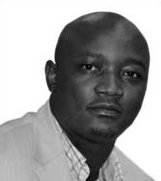 Having graduated with a BTech Degree in Radio Transmissions from ISTA DRC and obtained certificates in Cellular Network Technologies and Electronic Systems from CNED in Grenoble, France.

His technological expertise and growing experience saw Freddy’s appointment to the position of Customer Care and Marketing Manager at Supercell DRC and in 2000 Freddy became a logistician at the Independent Electoral Commission for the Eastern Regions of the DRC. This valuable experience resulted in his progression to project management and in 2007 Freddy became Project Manager at Resonance Congo. Since then, Freddy has acted as General Manager of Namango Pty Ltd and in 2011 he became acting Gerand, or Company Administrator, of Metallon Corporation DRC, one of the continent’s largest and most successful mining concerns.