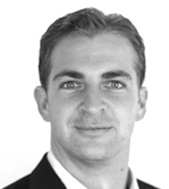 Jacques is the founder of the International ICT Group, TITC. As a student of Electronic Engineering at the University of Pretoria, Jacques joined the then start-up company Flash Net Systems. There he was charged with overseeing the development and continual expansion of a metropolitan network, which then covered the Greater Tshwane Metropolitan in South Africa.

By the end of 2008, Jacques’ network under Flash Net Systems covered a large portion of the Gauteng Province, providing uncapped internet and network services to thousands of home users, businesses and students. A keen tech innovator, in 2009 Jacques became actively involved in the design and implementation of five computer centres for schools in Lubumbashi, DRC. It was during this period that Jacques also joined African Access Holdings, the 2009 BEE Company of the Year in SA, where he served as the IT Project Manager for their ICT subsidiary. Jacques founded TITC in the beginning of 2010 in order to enhance the connectivity of the continent and connect the world to the people of Africa.

Jacques has the Vision to build the Pan-African Fibre Network, connecting the World to Africa.