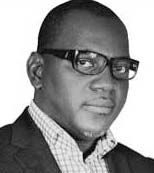 Marcel qualified at the Faculty of Law of the Protestant University of Congo in 1995 and is currently finalising a Master’s qualification in International Business Law at the University of Liverpool. Further to his appointment as Advocate at the DRC Court of Appeal, Marcel was recruited as expert advisor to the Congolese Government, with special responsibility for the Ministry of Human Rights.

In 2001, Marcel was appointed to serve on the Committee of Eight Experts tasked with the final drafting of the Congolese Charter of Human Rights. In July 2003, he was admitted to the Employee Lawyers Cabinet, which advised and assisted the Government of Democratic Republic of Congo. Marcel was instrumental in the Cabinet’s achievement of the following: the Promulgation of the Mining Code, mining regulation, decrees on the status and function of the Mining Cadastre Commission, and validation of mining rights. In 2008, Marcel joined the Federation of Enterprises of Congo as a Director and member of the Executive Committee, and as President of the National Judicial Commission. Marcel is also actively involved as a member of the National OHADA Commission by decree of the Ministry of Justice. There he supported the Government in the context of the accession of the DRC in the sub-regional OHADA legal space. Marcel speaks French, English, Lingala, Kikongo and Swahili.